Blake Foden
Commuters would be able to travel from Canberra to the capital cities of four Australian states within an hour under a futuristic proposal to fix Australia’s “broken” public transport system.US company Hyperloop Transportation Technologies has pitched its vision for an “ultra high-speed”, tube-based transportation system in a submission to the federal government’s parliamentary inquiry into automated mass transit. 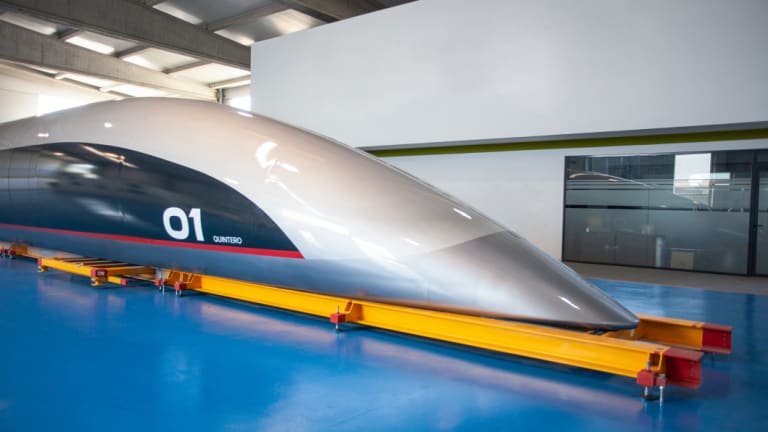 While the submission warns that station locations, routes and timings can only be finalised after a comprehensive feasibility study, it is estimated that a trip from Canberra to Sydney would take just 14 minutes.

Canberrans could also get to Melbourne in 23 minutes, Brisbane in 51 minutes and Adelaide in 56 minutes, according to estimates in the submission.

The longest possible journey on the suggested hyperloop system, from Brisbane to Adelaide, would take about one hour and 47 minutes.

Hyperloop Transportation Technologies was formed in November 2013 and is one of several companies racing to be the first to bring billionaire entrepreneur Elon Musk’s hyperloop concept to reality.

The system would be powered by solar panels on the roof of the tubes and at stations.

It would include passenger and cargo capsules. Each passenger capsule could carry 38 people.

In a letter included in the submission, Hyperloop Transportation Technologies chairman Bibop Gresta and head of global business development Rodrigo Sa say the hyperloop has the potential to be “nation-building”. 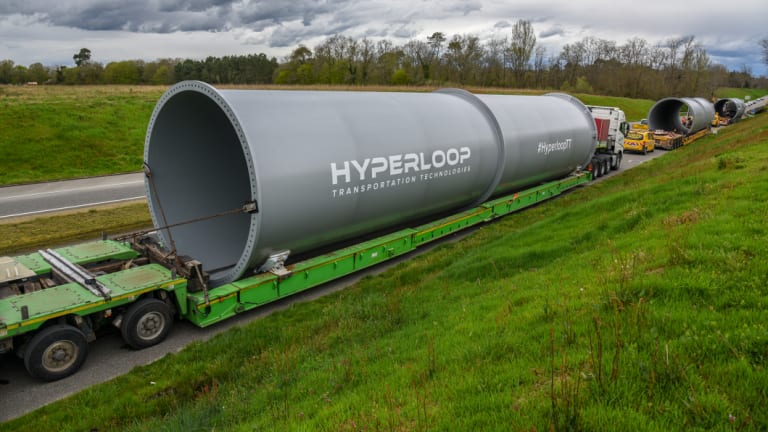 “We are confident the HyperloopTT solution is a game-changer for Australian transport and can perfectly interact with other models for both passenger and freight movement,” the letter says.

The submission goes on to say that the current interstate transport system in Australia is “broken, inefficient, environmentally unfriendly and expensive”.

Despite Hyperloop Transportation Technologies’ grand plans, their technology is not yet proven.

The company has opened a facility in France and is building a 320-metre system for testing. It plans to build a second full-scale, one-kilometre system in 2019.

Hyperloop Transportation Technologies’ submission to the government inquiry includes no detailed breakdown of the cost of developing such a system in Australia.

But it claims the capital cost would be up to 45 per cent less than high-speed rail, with feasibility studies suggesting the technology would provide a direct return on investment in 10 to 20 years.

According to the submission, the operating cost would be reduced by providing energy back to the grid, automating operations and lower maintenance costs.

“A hyperloop serving Australia’s eastern seaboard and connecting Sydney, Melbourne and Brisbane addresses a population of over 10 million people,” the submission says.

“Adding Adelaide, Canberra, the Southern Highlands and extending the route to the Gold Coast increases the number to well over half of the Australian population, in a 2000km stretch of relatively flat, seismically stable terrain, and creating new business, passenger and freight transport opportunities to millions of Australians each year.”

The submission also floats the prospect of including regional centres like Nowra, Port Macquarie and Orange in the hyperloop system to offer “significant decentralisation opportunities” for Sydney, helping make housing more affordable and reducing road congestion, the road toll and greenhouse gas emissions.

Even at half the projected maximum speed of 1223 kilometres an hour, the system would be faster than any ground transportation now in existence.

At full speed, it would be comfortably quicker than the world’s fastest commercial jet, with the Boeing 747-8i able to fly at up to 988km/hr.

The submission ends by asking the federal government to invest in an innovation hub to adapt the technology for Australian application.

“With its speed and efficiency, hyperloop connectivity will redefine the rules of travel and mobility,” the submission says.

Hyperloop Transportation Technologies’ submission is one of 42 that the federal government’s standing committee on infrastructure, transport and cities is set to consider as part of its inquiry.

The Labor opposition has already signalled a lack of interest in the concept, with the party’s transport spokesman Anthony Albanese telling The Guardian he would investigate “proven” technologies like high-speed rail rather the “hypothetical” hyperloop as transport solutions. 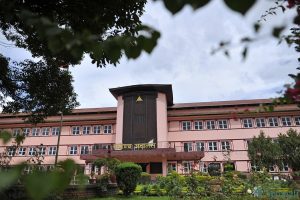